There has been a 21% jump in the number of attempts, in the last year, by HMRC to shut down businesses that have lagged behind with their tax payments says Funding Options, the online business finance supermarket.

Figures released exclusively to Funding Options reveal that HMRC filed 4,710 winding up petitions last year* - a five year high! That's up from 3,906 in 2016, and 3,485 in 2015. Winding up petitions are used by HMRC to force businesses to close in order to liquidate their assets to cover tax bills that the business has been unable to pay. 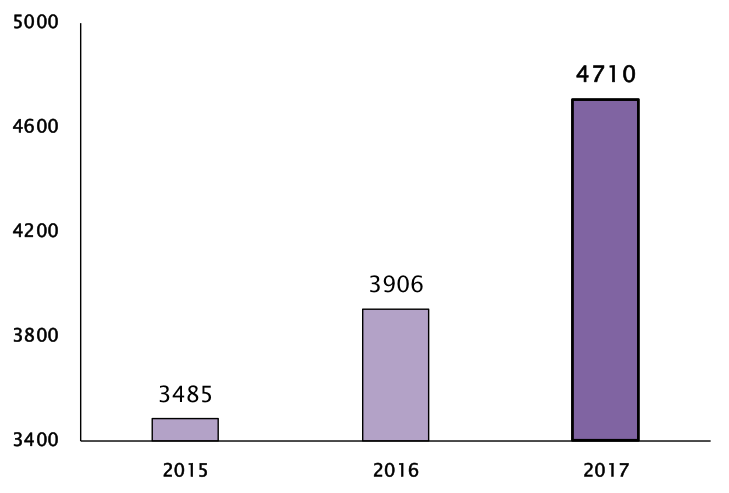 Funding Options says that the steep rise in the number of winding up petitions filed last year is a symptom of the difficulties that many businesses, and small businesses (SMEs) in particular, face in being able to cover tax bills such as VAT and Corporation Tax.

Since VAT is billed on the amounts invoiced rather payments received, it can be harder for small businesses to pay these bills as they are currently suffering from endemic late payments by bigger customers.

Recent research from Funding Options also shows that an increasing amount of HMRC's revenue is generated through VAT bills. VAT now represents 21% of all HMRC's income, up from 16% during the recession.

Funding Options explains that, in addition to being wound up, businesses can face other sanctions for not paying tax bills such as director disqualifications and asset seizures.

Funding Options adds that businesses facing difficulties in paying their tax bills should investigate what finance options are available to help them manage any shortfalls. With bank lending still in relatively short supply, alternative sources such as peer-to-peer lending, crowdfunding, asset finance and invoice finance are increasingly filling the gap.

"Despite reassurances it is still very difficult for businesses to get HMRC to give them 'time to pay.'"

"Businesses behind on their tax bills will already be on HMRC's radar, so they must get finance in place before HMRC comes knocking on their door."

"Small businesses often don't realise that there are other options to help tide them over the peaks and troughs in cashflow."