The total value of Corporation Tax payments in arrears has jumped 15% in the past year, to £1.82bn up from £1.59bn, as businesses increasingly struggle to pay their tax bills, says Funding Options, the online business finance supermarket.

Funding Options says that the slowdown in the UK economy since Brexit could mean that companies have even less cash to pay their tax bills in the future, as their customers delay payments.

For businesses unable to pay their Corporation Tax on time, HMRC is using increasingly aggressive methods to recover overdue tax. Among the Revenue’s sanctions are late payment penalties, sending debt collectors to premises, and asset seizures – all of which have serious negative repercussions for the offending companies. 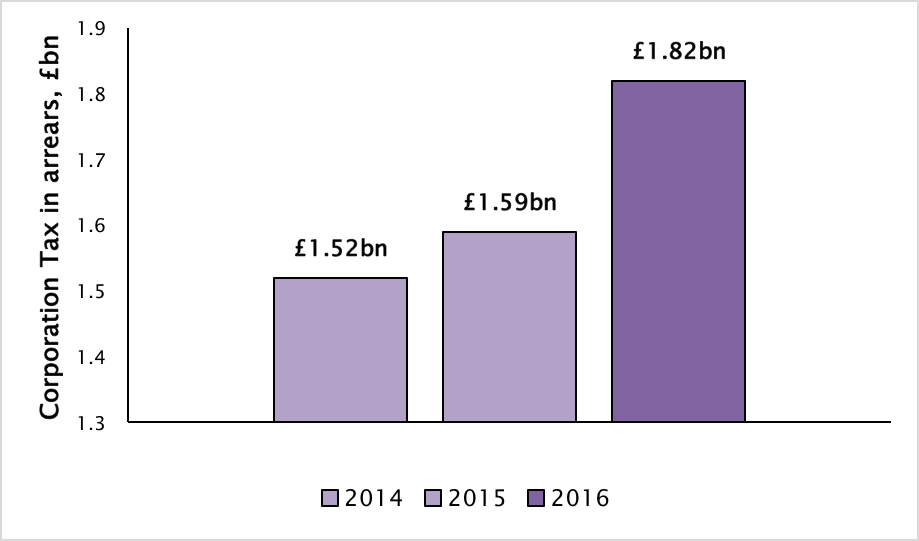 Funding Options explains that small businesses are at particular risk of having their assets seized because of volatile cash flows, making it more likely that they fall behind on tax payments.

These smaller companies, who would typically rely on bank overdrafts to bridge shortfalls in cash flows, have had those overdrafts cut by £5 billion – 37% of the total – over the last five years, affecting their ability to pay their tax bills on time.

Funding Options says that smaller companies are increasingly using alternative finance to avoid a crunch point in their cash flow when paying tax bills. Invoice finance, p2p lending, and crowdfunding are all possible options available to protect against having to dip into cash or loan facilities allocated for other areas of the business.

“We have seen an increasing number of companies come to us for funding in order to pay their overdue tax bills.”

“These figures demonstrate the growing pressure on cashflow for companies, which could get worse following the outcome of the EU referendum. Companies might want to explore in detail alternative finance options available to them before HMRC comes knocking on their door.”

“Businesses need to make sure they have the adequate funding to pay tax bills on time, without taking capital from other areas of the business.”

To help businesses find other alternative ways of finding additional funding, the Government has introduced the ‘Bank Referral Scheme,’ aimed at making it easier for small businesses to receive funding. As part of this scheme, banks are required to offer any small business whose loan application they have rejected a referral to three designated finance platforms, including Funding Options.

“We are excited to be part of the government’s Bank Referral Scheme, which is helping to bridge the funding gap for small and medium sized businesses.”